Prathi Roju Pandage’s core plot is sure to tug at your heartstrings
Published on Nov 21, 2019 1:47 am IST 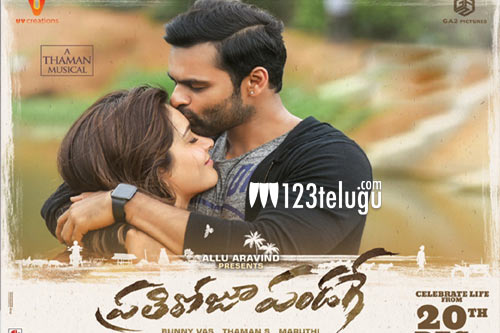 Now, in a latest interview, director Maruthi revealed the film’s core plot and it is surely going to tug your heartstrings. “We grandly celebrate only our birth, but mourn our death. My film’s concept is to give the best send-off to someone who is dying,” Maruthi revealed. Well, it will be interesting to see how the audience will lap up this heavy subject.