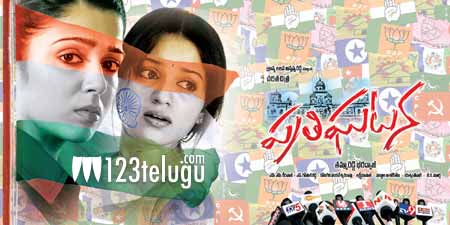 Charmme is essaying the lead role in the powerful social drama, ‘Prathighatana’. The audio album of this movie will be released on March 15th in Hyderabad and the event will be attended by a number of celebrities. The film’s music has been composed by M.M.Keeravani

The movie is expected to be a reboot of the famous 1986 Telugu classic film of the same name. That ‘Prathighatana’ had Vijayashanthi in the lead role and it was very well received. This latest edition will deal with problems faced by women in the society.

Atul Kulkarni, Raghu Babu, Brahmanandam and Tanikella Bharani have played important roles in this movie. Tammareddy Bharadwaja is the director and producer of this movie and he is hoping to release the movie on April 5th.