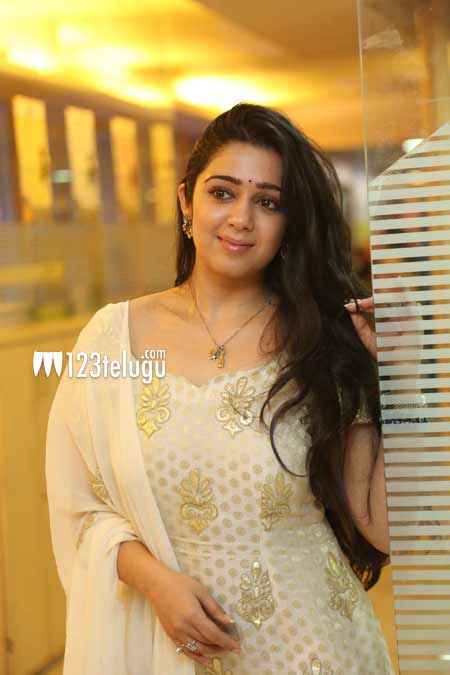 After a long gap, Charmee is doing a serious role in her upcoming film Prathighatana. Tammareddy Bharadwaj has directed the film and Charmee is playing the role of a journalist who fights for justice. The film has been in the making for quite sometime and finally, it is gearing up for release.

The first trailer of the film was launched earlier today and talking about the film, Charmee said, “Prathighatana is a sensitive film based on a hot topic. Atrocities on women are on the rise and this film focuses on that issue. I wasn’t sure if I could pull off this role when Tammareddy Bharadwaj first met me, but I made up my mind to do the film after I heard the narration. I’ve already seen the film and I couldn’t stop thanking him for giving such an emotional and gritty role.” Reshma has played an important role.

Charmee has reportedly decided to do meatier roles in near future, since she has already played glamorous roles and even danced for special songs. Let’s wait and watch how well her performance is received in Prathighatana.