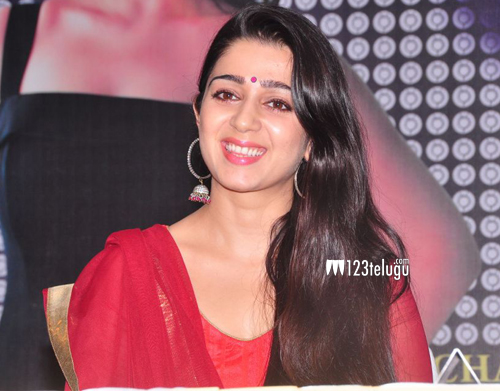 Charmme is essaying the lead role in the powerful social drama, ‘Prathighatana’. The movie’s shoot has been completed and post-production activities are currently underway. The movie has been directed by veteran director Tammareddy Bharadwaja.

‘Prathighatana’ is the name of a cult Telugu movie that had Vijayashanthi in the lead role. The film released way back in 1986 and it created a sensation back then. That name has been used again for this movie.

Atul Kulkarni has essayed a crucial role in this movie. Tammareddy Bharadwaja also happens to be the film’s producer and Charmme will be seen as a sincere media personality in this film. The film is expected to hit the screens very soon.