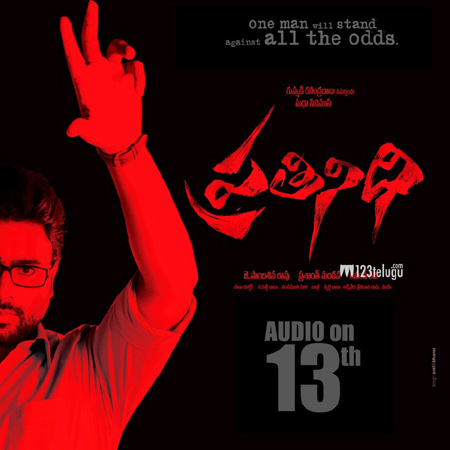 Young hero Nara Rohith is going to be seen in a powerful role in the film ‘Prathinidhi’. The movie is a political film that aims to speak about several burning political issues and it has been directed by Prasanth Mandava. The director is making his debut with this flick.

The audio album of this movie will be released on the 13th of this month. Anand Ravi has penned the script and J.Sambasiva Rao is the producer. Sai Karthik has composed the tunes for this film.

Shubra Aiyappa will be seen as the female lead in this political drama. Senior actors like Kota Srinivasa Rao, Giribabu, Rao Ramesh, Jayaprakash Reddy and Ranganath are essaying important roles in this movie.