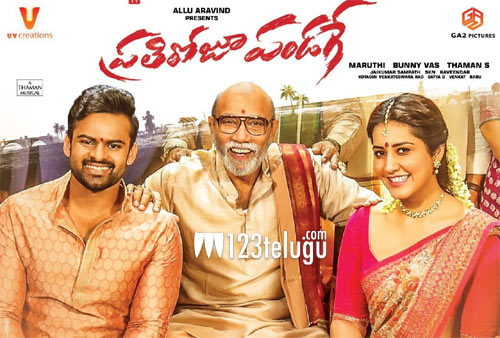 It looks like there’s no stopping Prati Roju Pandaage. This Sai Tej and Raashi Khanna-starrer has had a fabulous run worldwide ever since it released last Friday. In Nizam especially, PRP is all set to become the highest grosser in Sai Tej and director Maruthi’s careers.

In Nizam, on Wednesday, PRP utilized the Christmas holiday advantage to its fullest and collected a solid theatrical share of Rs 1.15 crore. With this, the film’s six-day Nizam share amounts to Rs 6.52 crore. With Ruler and the new Christmas releases not showing much impact at the box-office, PRP is all set for a rock solid second weekend.