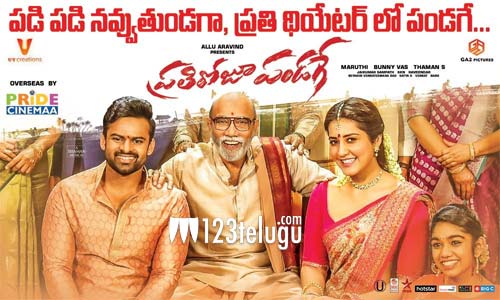 Despite opening to average reviews on Friday, Sai Tej and Raashi Khanna’s emotional family entertainer, Prati Roju Pandaage, has been having a steady run at the box-offices across Andhra Pradesh and Telangana. This Maruthi directorial has posted impressive figures at the ticket counters in its three-day theatrical run.