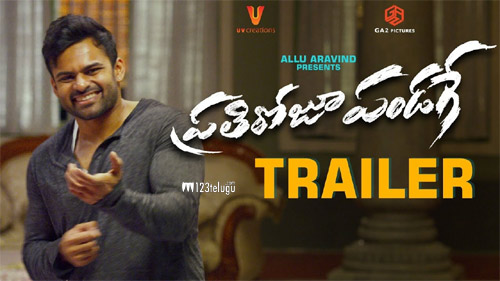 The much-awaited trailer of Pratiroju Pangdage is out in the open and as promised is filled with emotions and entertainment.

The story is based on Satyaraj’s character who is about to pass away with a disease and how his grandson makes things interesting for him in his last stages.

The emotional angle has been showcased in a fun manner and actors like Rao Ramesh evoke good laughs with their roles in the trailer.

Raashi Khanna is seen in a hyper role in the film and the rest of the setting looks engaging. Though the plot looks a bit routine, Maruthi and his treatment will surely work in favor of the film says the team.