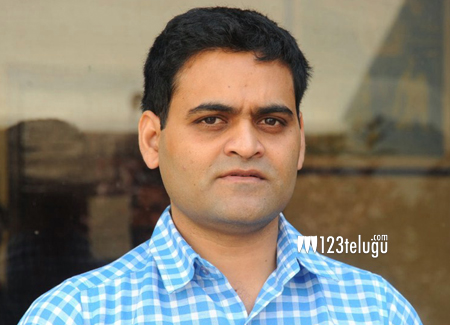 Praveen Sattaru has vehemently denied rumours that his upcoming film Chandamama Kathalu is inspired from some films which have multiple stories. “When I became a director, I was determined never to be inspired or, in other words, copy from other films,” he said quashing the rumours surrounding his film.

Chandamama Kathalu stars Lakshmi Manchu, Naresh, Krishnudu, Amani and a host of other actors. He praised Lakshmi Manchu and Krishnudu for coming onboard and said, “I couldn’t anyone else pulling off the characterization I had written for Lakshmi Manchu and Krishnudu. I’m really glad both of them agreed to play the part.” Apparently, the film has three climaxes and its run time is around two hours and ten minutes. We’ll have to wait and see how well he has moulded the eight stories into a single film.

Mickey J Meyer has scored the music and Chanakya Booneti has produced the film. Chandamama Kathalu is expected to release in the second week of April.