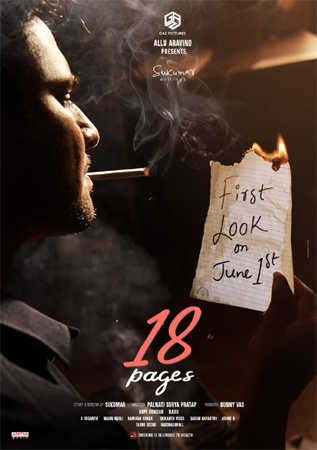 It is a known fact that Nikhil is doing a project under the production of director Sukumar’s Sukumar Writing and senior producer Allu Aravind’s GA2 Pictures banners.

The film was announced long back and today, the pre-look was out. Nikhil is seen in an intense avatar smoking a cigarette. The rest of the first look will be out on June 1st.

Titled 18 Pages, the film is done with half of its shoot already. Being directed by Surya Pratap, 18 Pages has its story and screenplay provided by Sukumar.