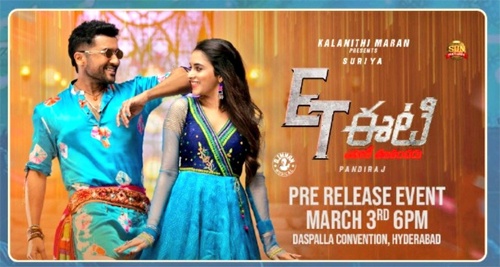 Suriya’s last two films have been big OTT hits. Now, he is back with a big-screen release called ET. The makers released the teaser and got a good response.

The word now is that the pre release event of the film will be held on the 3rd of this month in Hyderabad and plans are on for the same.

Priyanka Arul Mohan is the heroine of this film which has been produced by Sun Pictures. More details of the film will be out soon.