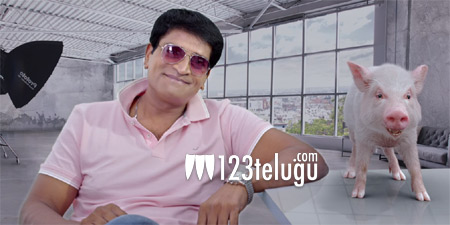 Actor-filmmaker Ravi Babu has been busy with an experimental flick titled Adhugo since last year. Adhugo’s shooting was wrapped up more than 9 months ago, but the film has been delayed all these months. The film is centered around a piglet and a lot of VFX work is going on at the moment.

But in a surprising move, the makers unveiled the film’s pre-teaser last night. The teaser introduces the protagonist, a piglet named Bunty. The pre-teaser has managed to raise curiosity around the film ahead of the teaser’s release.

Apart from writing and directing Adhugo, Ravi Babu also plays a crucial role in the movie. He has also produced the movie under Flying Frogs banner, while senior producer Suresh Babu will present it. If everything goes as planned, Adhugo might hit the screens very soon.