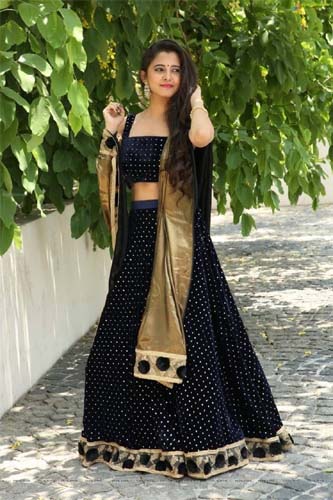 Young actress Preethi Asrani made her acting debut as a child artiste with Balakrishna and Manchu Manoj’s ‘Uu Kodathara Ulikki Padathara’. She later acted in Gundello Godari and Happy Wedding. However, it was with Sumanth’s Malli Raava that got her recognition. She played the young Akanksha Singh in the movie.

Preethi went on to make her debut as a lead actress in Pressure Cooker. The film received a good response from critics and audience alike. Now, the actress is all set to give a pleasant surprise with the upcoming psychological thriller, ‘A’. Preethi is playing a crucial role in this unique thriller. She is paired opposite hero Nithin Prasanna in the movie. Apparently, she performed quite well in an author-backed character.

A is directed by Ugandhar Muni and produced by Geetha Minsala under Avanthika Productions banner. The film is scheduled for release on March 5th.