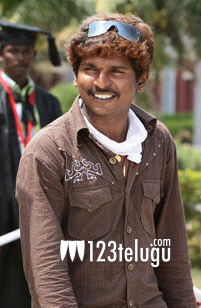 Choreographer Prem Rakshit is quite popular in the Telugu Film Industry for his innovative choreography. He has given several remarkable dance movements to all the top heroes in the industry and he is now working for Super Star Mahesh Babu’s film with director Sukumar.

Prem Rakshit was initially roped in for two songs in the film. But the choreographer’s work has impressed Mahesh Babu so much that he has now been tasked with the dance composition of all the songs from the film.

The film is currently under production in and around Hyderabad and 14 Reels Entertainment banner is producing this project. Devi Sri Prasad is the music director for this film.