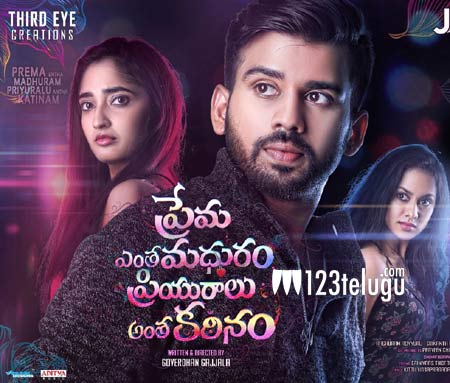 After creating a decent buzz with the teaser and trailer, the upcoming romantic thriller, Prema Entha Madhuram Priyuralu Antha Katinam, was supposed to release on September 15. However, the latest update is that the film’s makers have decided to postpone the movie to a later date.

PEMPAK’s makers revealed that they have screened their movie to several people in the film industry and received a positive response. The team was advised by the industry veterans against releasing the movie on September 15, where 6 other movies are clashing with each other. The next release date will be announced soon.

PEMPAK is a triangular love story laced with revenge drama. The film was entirely shot in the US. The film features debutants Chandrakanth, Radhika Mehrotra, and Pallavi Dora as the main leads. Goverdhan Gajjala has directed the film apart from co-producing it with Raghuram Royyuru.