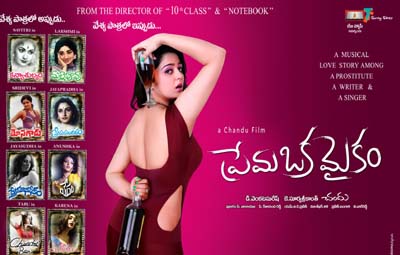 The audio of Prema Oka Maikam is going to be launched later today in Hyderabad. Charmee is playing the role of a call girl in this film and she confesses that it’s one of the boldest roles she has done in her career. “Initially I had my reservations to play this role but after thinking a lot, I told myself that as an actor it’s my duty to get out of my comfort zone and experiment with new roles,” Charmee said. Rahul is playing the role of a writer and Sharanya (Premiste fame) will be seen as a singer. The entire film revolves around these three characters. Chandu, who had earlier made 10th Class and Notebook, has directed the film. D Venkat Suresh and K Surya Srikanth have jointly produced the film under Touring Talkies banner. Praveen has scored the music.