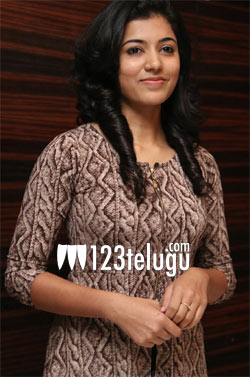 In her latest interaction with a leading English daily, Anju said that she had got a few offers in Telugu earlier, but she didn’t take them up because she was apprehensive about the language. She felt Idam Jagat would be a great launch pad in the Telugu film industry after listening to the script.

Anju plays a playschool teacher in Idam Jagat. She is all praises for hero Sumanth and the film’s team. “Sumanth helped me get my lines right so that I can express myself in a better way. I’m also quite impressed with director Anil Srikantam’s clarity of thought. Also, the crew has been so supportive that I want to do more Telugu films,” Anju said.