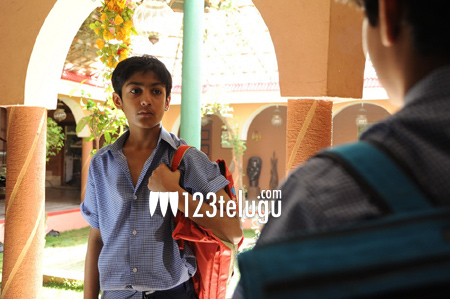 A child artist who was too small in size and voice, a few years ago acted in films called Viyyala Vari Kayyalu and Snehageetham. In keeping with the mounting and target audience of those two films, Vikram Sahidev, the child artist that this article is discussing, even though noticed by the movies’ target audiences, did not get commercial recognition.
But when he set the tone for Allu Arjun’s pet word “Demudaa..” in “Race Gurram”, he got the recognition that few child artists can quickly nod their heads for. He is well known now as the junior Allu Arjun of this year’s super hit “Race Gurram”.
Ever since his arrival on the commercial movie scene with “Race Gurram”, Vikram or “Lucky Star” like he’s being called now, has already been signed for “Pataas” and “Sher”. Kalyan Ram, who has been dormant for a while is returning strongly with both these films and both his directors have chosen Vikram to play child roles in these two films. Simultaneously, Vikram Sahidev is playing the childhood role of Sudheer Babu in his home production, Ramalakshmi Cine Creations’ Krishnamma Kalipindi Iddarini.
The big news is also that “Lucky Star” Vikram has been picked up by none other than Gunsekhar for a role in “Rudramma Devi”. News is that he has impressed the crew with his rendition of “grandhikam” style of Telugu dialogues too. As always Vikram insists on dubbing his own voice.
So this time you will not be asking “Demudaa..” who is Vikram, you know that he is the “Lucky Star” Vikram Sahidev Lagadapati. Happy times at the movies to you all. 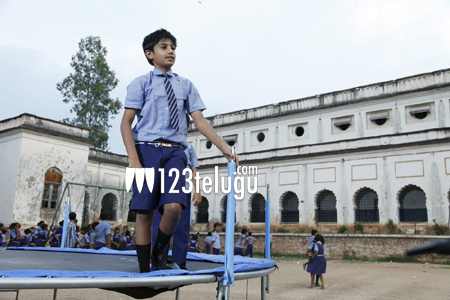 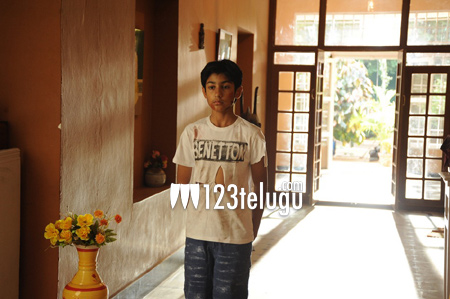 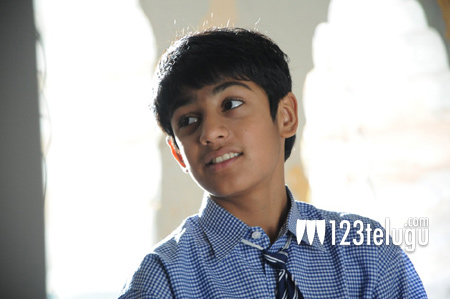