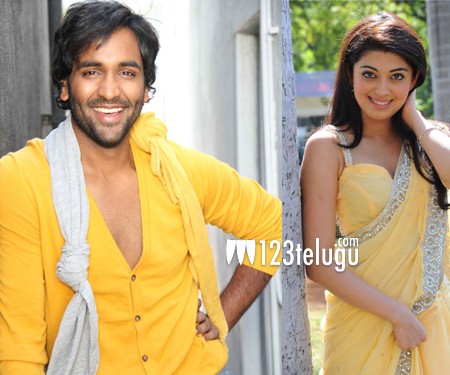 Actor Vishnu Manchu’s next big entertainer is getting ready. The shooting of the film is progressing at a brisk pace and the first schedule is complete. Devakatta’s next film with Vishnu Manchu inspired by the Tamil film “Arima Nambi” will see Pranitha opposite to Vishnu Manchu.

The Director is super confident that this pair will be loved by the audience in the film as they both fit perfectly in their individual roles in the film and they form a great reel couple.

Pranitha is super excited too. “I am looking forward to my schedule with Vishnu Manchu”.

The actress will join the film production team in the second schedule which will begin soon.