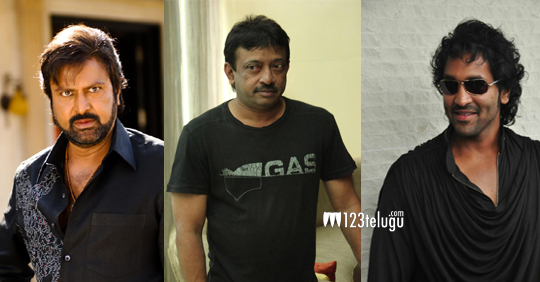 Jayasudha and Shanvi play the leading lady role in Rowdy opposite Mohan Babu and Vishnu Manchu.

For the first time Mohan Babu will be seen in a powerful role directed by the ace action film director RGV along with his son Vishnu Manchu in an equally power packed character.

The Manchus film which was announced few months ago has already created huge buzz in the film circles and among the movie followers.

The movie shooting is going ahead at a brisk pace with most of the top action sequences and song picturisation already canned.
The movie Rowdy is produced by Parthasarathy, Gajendra and Vijaykumar of AV pictures.