PrimeShow Entertainment’s House Arrest gets its release date?
Published on Aug 16, 2021 11:00 am IST 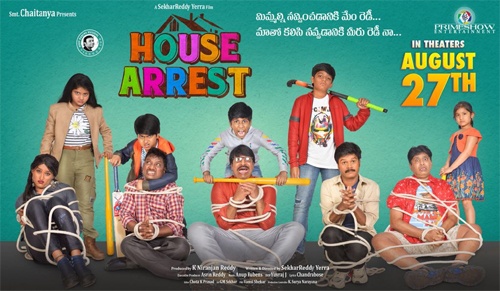 Popular film production and distribution company PrimeShow Entertainment is ready with its new film House Arrest. The banner rejected a few OTT offers to offer and now the film is finally hitting the screens on August 27th.

There are good expectations of the film, as its teaser garnered a remarkable response from kids and families.
Srinivas Reddy and Sapthagiri have played the lead roles in the film directed by Sekhar Reddy Yerra of 90 ML fame.