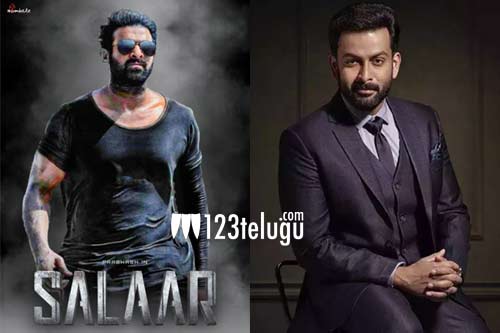 Malayali superstar Prithviraj Sukumaran confirmed that he is indeed a part of Salaar, a big budget action featuring Prabhas.

“Prashanth Neel narrated Salaar script to me like some two years ago. I was thrilled with it. I am very much excited about the script. Prashanth and I will sort out the dates allotment soon. What I can say is that Salaar has a superb script,” Prithviraj said.

Adding further, Prithvi said if things go well, he will be seen more frequently in Telugu cinema as he has a couple of interesting offers from top Telugu production houses.