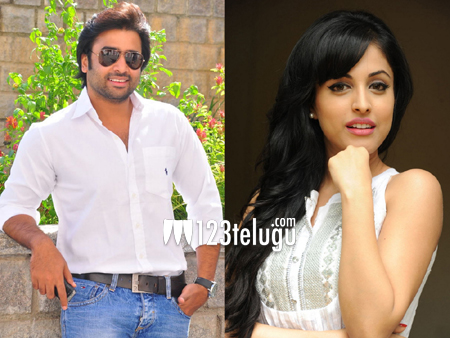 Young hero Nara Rohit, is currently gearing up for his untitled flick under the direction of Vijay Lingamaneni. Priya Banerjee has bagged the role of the female lead in this film. She had earlier acted alongside Adavi Sesh in Kiss, and will also be seen opposite Sundeep Kishan in Joru.

Priya has pinned all her hopes on this film, and is confident that she will make it big in Tollywood. This movie will be an action entertainer, and Priya has a good role in this flick. More details on this project will soon be announced.