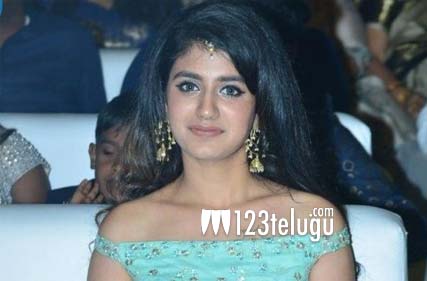 Priya Prakash Varrier is playing a lead role in Teja Sajja’s next. The film is up for a release this Friday. Speaking to the press today, Priya said that she is playing a small-town college girl in the film.

Adding further, Priya said that this film will bring her much-needed luck in her career after Check. She also says that Telugu cinema is getting her good projects and she will be next seen in Sundeep Kishan’s next.

Ishq is the official remake of the Malayalam film with the same name. This is also a big project for Teja as he has a very key role in the film.