Priyamani as Comrade Bharathakka in Viraata Parvam
Published on Jun 4, 2020 9:22 am IST 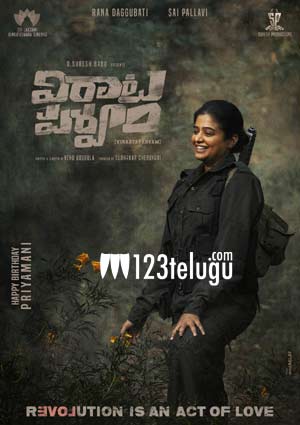 On the occasion of national award-winning actress Priyamani’s birthday, the makers of her upcoming film, Viraata Parvam, unveiled her first look from the movie. Priyamani plays Comrade Bharathakka in this intense period social drama.

Revealing Priyamani’s first look, dressed in the olive green uniform of the naxalites, the makers said that her character believes even a greatest crisis leads to the greatest peace. “Her role is as important as the students’ role in the French Revolution,” the makers said.