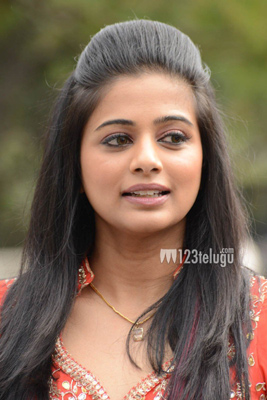 After playing conjoined twins in Charulatha, Priyamani is once again testing her luck with another women centric film titled Angulika. Prem Aryan is making his debut as a director with this film. Deepak, who played Anushka’s fiance in Arundhati, is playing the lead role in this thriller film. Koti & C H Rambabu are jointly producing the film under Sri Shanku Chakra Films banner. The film was launched earlier today in Annapurna Studios. Talking about the film, Prem Aryan said, “The film is based on Sun God and what happens when an evil spirit torments a couple.

We are going to start regular shooting from January 7th and the film will be ready for release either in April or May.” Priyamani, who was in the city after a long time, said, “I was totally excited when Prem told me the story. I am playing the title role and it has a lot of scope for performance.” Chitti Babu is the cinematographer and Shyam is going to score the music.