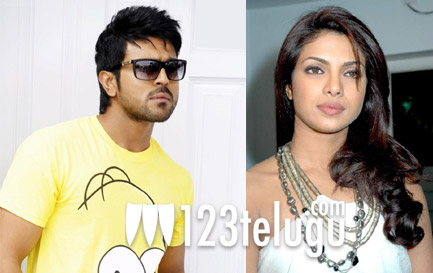 Bollywood circles are currently abuzz with the news that hot beauty Priyanka Chopra has been offered a bumper amount of Rs 11 Crores to act opposite Mega Power Star Ram Charan Tej in the upcoming film ‘Zanjeer’. The movie is a remake of Baadhshah Amitabh Bachchan’s iconic 1973 flick ‘Zanjeer’ and the project is going to start rolling from mid April.

Sources say that Priyanka Chopra has given her approval for the project but we are yet to get an official confirmation from the makers. Apoorva Lakhia, who made ‘Shootout at Lokhandwala’, is directing this film and Amit Mehra is producing this movie in association with Reliance Entertainment.