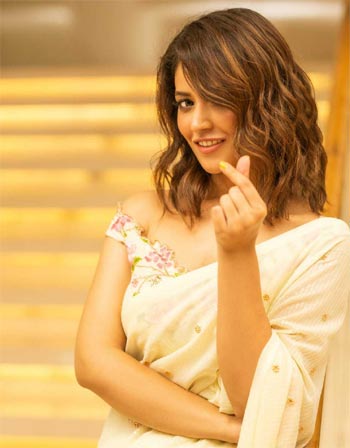 Young beauty Priyanka Jawalkar has scored yet another success in her career with the just released thriller, Thimmarusu. Priyanka’s performance as a lawyer and her beautiful looks are getting good response from the audience. Even the film’s unit has praised Priyanka’s contribution to the film.

Priyanka’s upcoming film ‘SR Kalyanamandapam’ is all set to release on August 6. The film is carrying a decent buzz in the industry, and the actress is aiming to score back-to-back hits within a week. This gorgeous Telugu beauty debuted in Tollywood with ‘Taxiwala’ and earned appreciation for her glamor and performance in the movie.

During the lockdown, Priyanka worked on her figure and is now sporting a slim and attractive look. She is planning her career well and has lined up a couple of crazy films, including SR Kalyanamandapam and Gamanam. In both the movies, she has portrayed characters that gave her scope to showcase her acting chops. The young beauty is confident of working with with heroes like Nani and Sharwanand in near future.