Producer Criticises Prakash Raj For His Remarks On Modi
Published on Dec 19, 2017 1:50 am IST 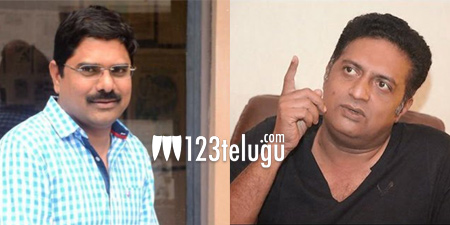 For the past few weeks Prakash Raj has been in the limelight for his hard-hitting questions to PM Modi and BJP in general. On Twitter, he has been raising several issues under “Just Asking” campaign with the intention of making people aware of what’s happening in politics at the state and national level.

However, his incessant criticism of Modi doesn’t seem to have gone down well with few people in the industry. Recently, producer Madhura Sreedhar openly criticised Prakash Raj for launching an attack on Modi every now and then.

Interestingly, Madhura Sreedhar is a BJP supporter and has been actively tweeting in support of Modi and other BJP leaders for the past few years. It remains to be seen if Prakash Raj chooses to respond to this or not.