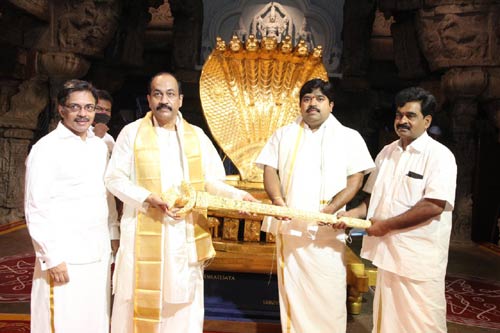 Noted Tollywood producer Dasari Kiran Kumar today made a huge donation to Lord Balaji at Tirumala Tirupati Devasthanam. Kiran Kumar, along with Srinivasa Prasad, visited Tirumala and offered special prayers to the lord. Later, he donated Rs 1.08 crore worth ‘Surya Katari’ gold ornaments to the lord and handed them over to the temple authorities.