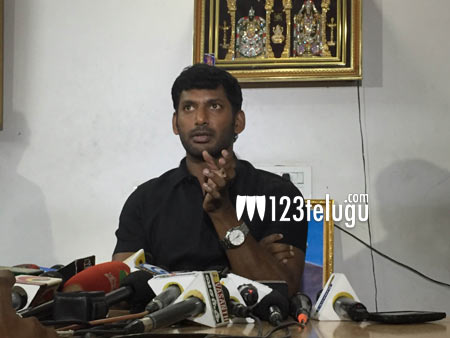 Telugu boy Vishal is a well-known star in Tamil. Apart from his typical mass action entertainers, the actor is also known for his outspoken nature, which often lands him in trouble.

In a latest, Tamil Film Producer’s Council has temporarily suspended Vishal’s production house Vishal Film Factory following the actor’s allegedly demeaning comments against the council in an interview he had given to a local magazine in August.

The Council, in its letter to the actor, issued a show cause notice and demanded his explanation. Even though the actor did explain why he had made such comments, the Council was unhappy with Vishal’s attitude and issued a ban eventually.