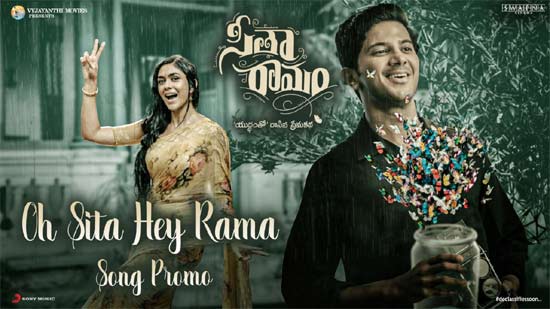 The makers have already announced that the first single from the movie will be released on May 9, 2022. So, to create hype on it, they have released a glimpse of the song titled Oh Sita Hey Rama.

The initial portions show the war situation in Kashmir in 1964. Then, Dulquer is seen letting butterflies out of a jar, telling them to go learn dance from Sita. The transformation of Butterflies into the title is a masterwork.

Vishal Chandrashekar is the composer for this movie, which is bankrolled by Ashwini Dutt and Priyanka Dutt under Swapna Cinema and presented by Vyjayanthi Movies. The film which is being made simultaneously in Telugu, Tamil and Malayalam languages is set to hit screens in June or July.