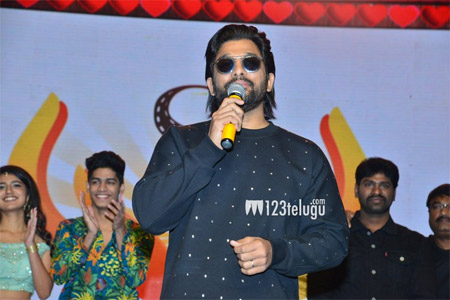 Allu Arjun was the special guest at the pre release event of wink sensation Priya Prakash Varrier and Roshan Abdul’s teenage campus drama, Lover’s Day. The film is the Telugu version of the much talked about Malayalam film, Oru Adaar Love.

Speaking at the event, the Stylish Star said that he would proudly call himself a South Indian actor. “I am a Telugu actor who was born in Chennai. I am loved by my fans in Karnataka and Kerala. It’s a nice trend that our films are big dubbed in other languages and other language movies are being done in Telugu,” said Bunny.