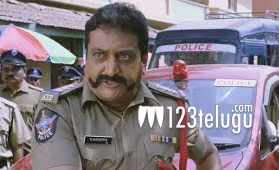 30 years Pruthvi, has become a must in every movie these days. All his roles are getting good applause and audience seem to have gotten a liking towards him and especially his spoofs.

Pruthvi plays a hilarious character in the recently released Babu Bangaram and once again, the audience have appreciated his role big time. The ace comedian’s chemistry with Venky has come in for huge appreciation.

Pruthvi’s comedy during the first half is bringing a huge relief to the audience and became a talking point. Directed by Maruthi, this film has Nayanthara as the female lead.