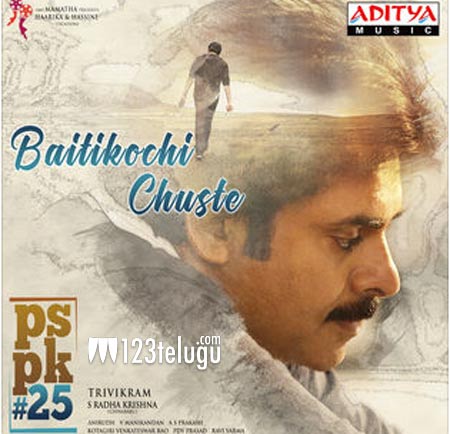 Whenever there is a Pawan Kalyan film coming up there is a superb craze all over. Even his film’s poster or a song becomes a rage overnight and the same has happened once again.

The first single of Pawan’s latest film, Baitikochi Chooste has become a huge hit all over. Within no time, the song has crossed two million views online showcasing the craze for the film.

This clearly shows that the fans are eagerly waiting for the album of this film. Anirudh Ravichander composes music for this film which is directed by Trivikram.

The film is releasing on the 10th of January all over. Harika and Hasini are the production house.