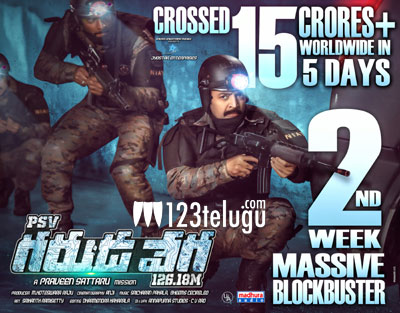 The latest action entertainer, PSV Garuda Vega which released on Nov 3rd has entered its second week with a good word of mouth. Starring Dr. Rajasekhar, Adith Arun, Pooja Kumar and others, the action-thriller has been directed by the versatile Praveen Sattaru, and produced by Jyostar Enterprises.

Spesking abou the film, producer M Koteswar Raju says, “This is my first film as a producer. I am glad that my debut has turned out to be a sensational hit and has made Rs. 15 Cr gross in 5 days.

Critical reception apart, the film has indeed become Rajasekhar’s classy comeback moment and made people around him quite happy.