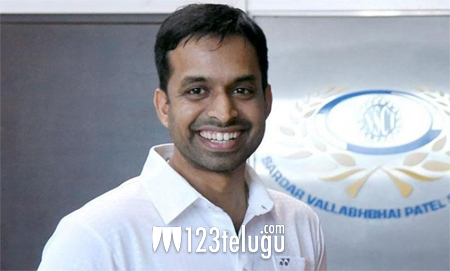 A biopic on Indian badminton champ Pullela Gopichand’s inspiring life has been in the news for the last couple of years. Sudheer Babu will be playing the titular role in the biopic and Praveen Sattaru will helm this prestigious sports drama.

According to the latest reports, t-e Gopichand biopic makers are planning to make the film in two parts a la the Baahubali franchise. Apparently, during the research, the makers realized that Gopichand’s illustrious life needs more screentime to be showcased effectively.

Gopichand biopic will commence shooting from December. Fox Star Studios and Abundantia Entertainment banners will bankroll the movie, which will release in Telugu, Tamil and Hindi.