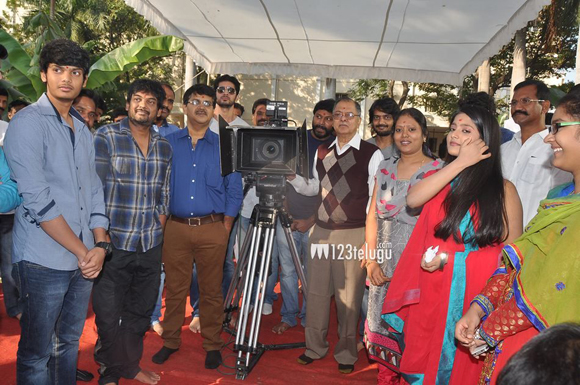 Popular director Puri Jagannadh’s son, Puri Akash is debuting as a hero with ‘Andhra Pori’. The film had its formal launch at Prasad Labs this morning with several celebrities including Puri Jagannadh and Ramesh Prasad gracing the occasion. Raj Madiraju, who directed the critically acclaimed ‘Rushi’ is directing this teenage romantic drama.

Produced by the legendary production house Prasad Productions, ‘Andhra Pori’ is a remake of the Marathi hit ‘Time Pass’. Ulka Gupta stars as the female lead, and the regular shooting is expected to start in January.

Puri Akash had earlier acted in several films like ‘Ek Niranjan’, ‘Gabbar Singh’, ‘Dhoni’ etc. He always wanted to be a hero, and must be mighty thrilled with his dream finally seeing the light today.