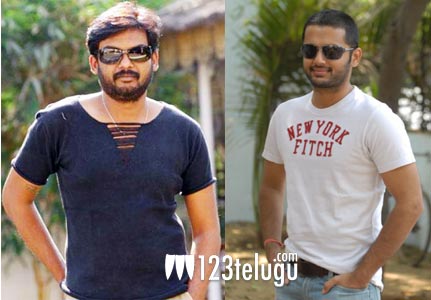 In a rather surprising move, Puri Jagan has signed up young actor Nithiin for his next project. The film has been titled ‘Heart Attack’ and shooting is expected to begin from August. Puri will direct and produce this movie. Puri Jagan was supposed to launch actor Nagababu’s son, Varun Tej. But it looks like the project with the young mega hero is on the back burner for now.

Puri Jagan seems to be focusing more on romantic films these days. ‘Heart Attack’ is expected to be a romantic entertainer with some action elements. Nithiin was reportedly quite delighted when he heard the script.

Nithiin is on a roll with back to back hits. ‘Ishq’ and ‘Gunde Jaari Gallanthayyindhe’ gave his career a big boost and if this movie with Puri Jagan works out well, Nithiin could become a force to reckon with.