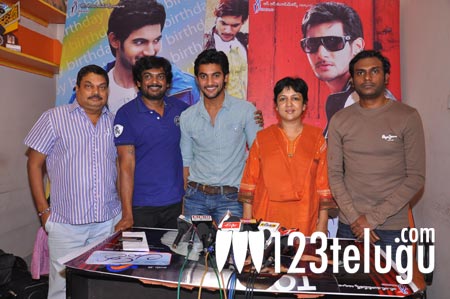 Dynamic director Puri Jagan has appreciated the songs of young hero Aadi’s ‘Lovely’. The director visited the production office of the film and was treated to an exclusive preview of the songs. Jagan was reportedly impressed with the songs and he appreciated the team wholeheartedly. “I feel like doing a love story after watching these visuals” , said Puri.

Director B. Jaya has handled the project and Shanvi will be seen as the heroine opposite Aadi. Dr. Rajendra Prasad is playing a crucial role in the movie. Noted PRO B.A.Raju is the producer and the movie is being presented on R.R.Movie Makers banner. Music has been scored by Anoop Rubens.