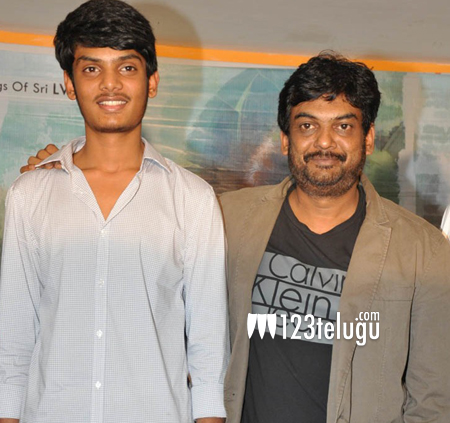 It is known that Puri Jagan’s son Akash Puri, who sizzled with child roles in many films made his debut as a hero with the movie ‘Andhra Pori’. The film is carrying decent reports and to support his son, Puri met the press today and revealed his thoughts on his son’s performance.

Speaking at the success meet, Puri said that he is quite elated with his son’s efforts and revealed that he will surely do an action entertainer with him five years down the line. The ace director also lauded the way with which his son managed the Telangana dialect and gave an emotional performance during the climax.

Andhra Pori is the remake of a Marathi movie ‘Time-Pass’. Ulka Gupta is the heroine for this teenage love story .