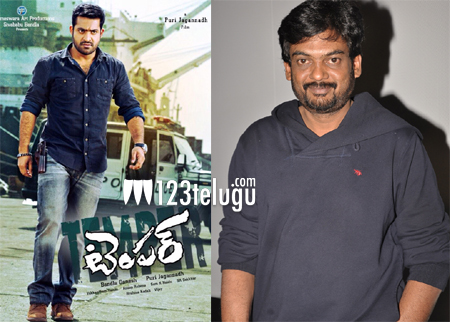 Director Puri Jagannadh is soon coming up with the high voltage action entertainer ‘Temper’ starring NTR and Kajal Aggarwal. The film’s audio and the theatrical trailer have been released to a thumping response from the fans. Expectations on the film are quite high and Nandamuri fans are expecting nothing less than a blockbuster.

As per the latest buzz, director Puri Jagannadh has purchased the distribution rights of ‘Temper’ for the West Godavari area. Buzz says that Jagan paid about Rs. 2.50 crores to acquire the rights. The director will team up with popular distributors Suresh Movies to release the film in the region. This clearly shows the director’s confidence on the film.

‘Temper’ is fast finishing the post-production formalities and is gearing up for a grand worldwide release on 13th February.