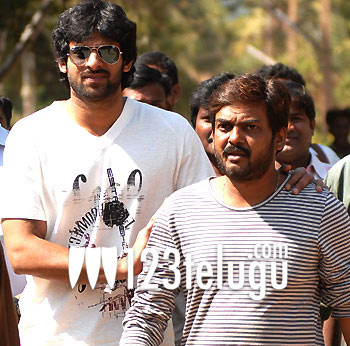 Puri Jagannadh is gearing up to shoot his upcoming film Iddarammayilatho later this month and already there are rumours abuzz about his next set of projects. Already, Puri Jagannadh has confirmed that he’s going to direct a film with Mahesh Babu in lead role. According to the latest buzz in Filmnagar, Puri Jagannadh is going to team up with Prabhas once again. The duo had earlier teamed up for ‘Bujjigadu’ and ‘Ek Niranjan’. However, it remains to be seen when this film might go on floors since Prabhas’ next film is going to be directed by S S Rajamouli.

This S S Rajamouli-Prabhas’ film is an action adventure and Prabhas will be shooting for the film for more than a year which will leave almost no scope for him to start shooting for Puri Jagannadh’s film. A formal announcement about this proposed Puri Jagannadh and Prabhas’ film is expected to be made later this month and only then we’ll get a clarity about when this film might take off.