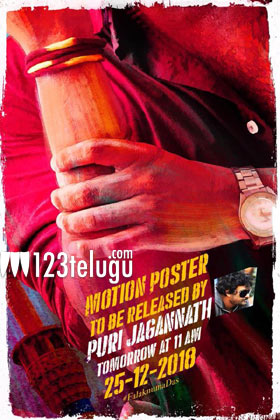 Falaknuma Das’ motion poster will be released by director Puri Jagannadh tomorrow (Dec 25) at 11 am. Vishwak Sen is also playing one of the main leads in the film. Falaknuma Das is set in Falaknuma and Lal Darwaja in Hyderabad’s old city. Vishwak himself is producing the movie under Vanmaye Creations banner.