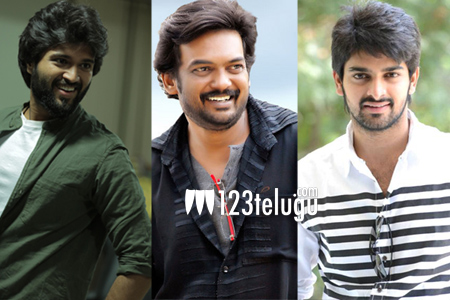 If the ongoing reports are anything to go by, maverick director Puri Jagannadh is contemplating a multi-starrer featuring the young and happening heroes, Naga Shaurya and Vijay Devarakonda.

Apparently, Puri is planning to make a low budget quickie with the young heroes and the film will be a romantic action thriller in which both the heroes fight for one girl.

Puri is reportedly planning to make this film after he wraps up ISM with Kalyanram and before he moves on to his next film, Jana Gana Mana, with Mahesh Babu. This is merely a speculation and we will have to wait until the news is either approved or refuted.