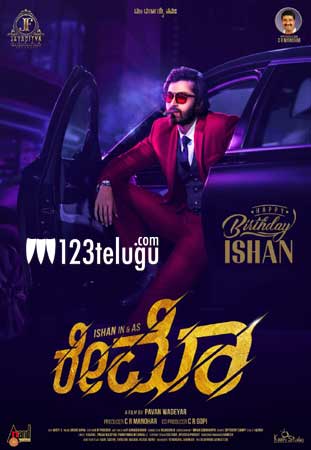 Young Bengaluru hero Ishan made his acting debut with director Puri Jagannadh’s 2017 action thriller, Rogue. The film had a simultaneous release in Telugu and Kannada, but ended up as a huge flop. Ishan has not acted in in any film afterwards.

Now, three three years since his debut film, Ishan has signed his second film. Titled Raymo, the film will again be a Kannada-Telugu bilingual. Star Sandalwood director Pawan Wadeyar will be directing the movie and Ishan’s father CR Manohar and uncle CR Gopi are jointly bankrolling it.