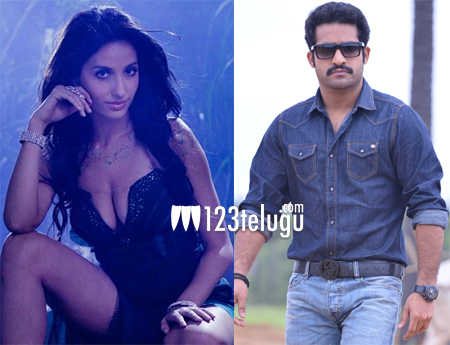 We all know that the Young Tiger NTR and director Puri Jagan film shoot is going on at a brisk pace in Hyderabad. Puri, who is known for introducing top models in his films has roped in Canadian model Nora Fatehi for a special song in the film. Initially, it was Shruti Haasan who was considered for this song.

Produced by blockbuster producer Bandla Ganesh, this film features Kajal as the female lead. NTR plays a police officer in this family entertainer for which Anup Rubens is scoring the music.