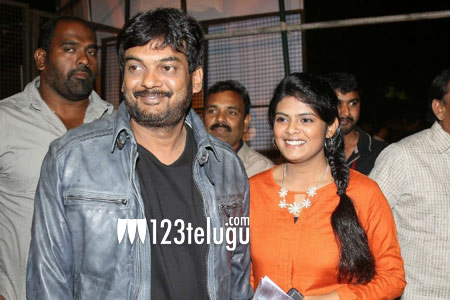 Puri Jagannadh’s daughter Pavitra might turn a film producer in future, if the latest revelations of the director are anything to go by. She has reportedly worked on Paisa Vasool too; however, Puri didn’t divulge the role she played in the film production.

Pavitra was in news recently when she lashed out at the media for projecting Puri Jagannadh as a drug addict when he was interrogated by SIT. Talking to a leading news daily, Puri Jagannadh said, “I’m proud of what she had said during the whole scandal. I’m thrilled that I’ve a fighter at home, and she isn’t afraid to speak her mind. She’s still in college now and I think she’ll end up being a film producer soon.”

Meanwhile, all eyes are on Puri’s Paisa Vasool, starring Balakrishna, which is slated for release on September 1.