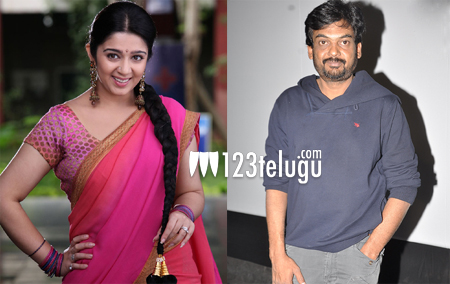 After giving a super hit in the form of ‘Temper, director Puri Jagan is coming up with an woman-centric film titled ‘Jyothi Laxmi’. Charmi is playing the female lead and according to the latest update, shooting of this film will commence from the 1st of March.

Jyothi Lakshmi will be jointly produced by C.K Entertainments and Sri Subha Swetha Films. Sunil Kashyap, the singer turned music director will compose the musical score of this film.