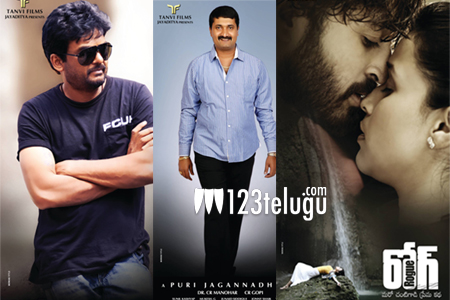 Director Puri Jagannadh has introduced several star heroes and heroines to Telugu film industry. Continuing his trend, the dashing director is all set to launch yet another newbie, Ishan, with his upcoming romantic action entertainer, Rogue.

Rogue’s theatrical trailer was unveiled in a grand event this evening and Ishan made a decent impression with his looks and expressions. The young lad seems to be at ease while showcasing the soft and rugged sides of his acting repertoire.